Effect of the Asana 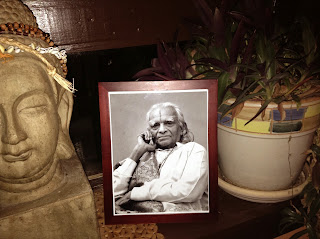 "The effect of the asana is the dualities between body and mind, mind and soul vanish."
-B.K.S. Iyengar
It is hard work to reach this state though and that is why yoga is a discipline, not just merely physical exercise.
Mr. Iyengar writes, in an article I just read titled, "Yoga: Where All Paths Merge into One", where the title says it all, but he explains nicely that all yoga is one, there is no difference.
Yogacharya BKS Iyengar says that in the olden days, what is now called Karma Yoga was then Karma Marga. Jnana Yoga was Jnana Marga and Bhakti Yoga was Bhakti Marga, and the last one was called Yoga Marga.
Marga means a path, a way and Yoga means union. He reminds us that there is a difference between a path and a union.
There is much confusion, Mr. Iyengar writes when branding our individual practices in various categories to say I am practicing a superior path and the other one is practising an inferior path. This should be washed off.
So, for the new year, use your tapas, or desire to reach the true goal of yoga knowing that karma, jnana and bhakti all intermingled.
As Mr. Iyengar clearly illustrates,
"Hands and legs are meant for action; head for knowledge; heart for conscience is for love.
Can we separate these three in one human being?
Is this not Karma, jnana and Bhakti?"
﻿
﻿

So, the path of love, path of action and path of knowledge are all yoga of action, because they all have action in them.  "In all three, there are actions so Patanjali uses the word - kriya yoga."

Posted by Pamela Nelson at 10:13 AM No comments:

I have just adjusted a few of the times for the Tues and Thursday morning classes in Prince Albert.
I have also had to shorten the Monday morning class by one week.
Please see the posters below.. 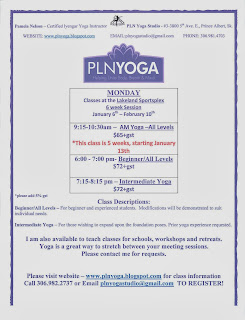 Posted by Pamela Nelson at 10:36 AM No comments: 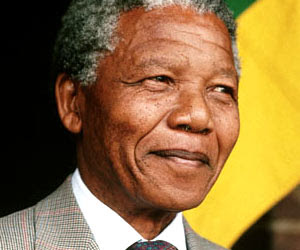 "
For to be free is not merely to cast off one's chains, but to live in a way that respects and enhances the freedom of others."
-Nelson Mandela
Thank you Mr. Mandela for your years of unselfishness to benefit the lives of others.
Namaste.
Pamela Nelson.
Www.plnyoga.blogspot.com
Posted by Pamela Nelson at 4:53 PM No comments:

I am currently making some changes to how I contact and connect with people.
I will NO longer be using www.plnyoga.vpweb.com.
But am going to post to this blog and update my yoga schedule here!

I will also be emailing current yoga students and those wishing to stay on my email list through MailChimp.
This will be how I keep current students updated on classes and any class changes too.

My new email address to contact me at is:
plnyogastudio@gmail.com

Please like those pages and you will see not only my posts, but many great posts from others.


Thank you and Hope you have a great day!

Posted by Pamela Nelson at 11:54 AM No comments:

This has been said to me before, but I just re-read it in a book called, "Simple Abundance", by Sarah Ban Breathach.
She writes how there is a difference between thinking you know and actually knowing.
This has been said to me in yoga workshops too.
You have to just know. When you have right thoughts and right actions and right speech, You come to that place of truth.
Where as Mr. Iyengar says we have brought intelligence to every cell of the body, and as this book suggests finding our true authenticity.
Today I want to continue to keep trying to integrate gratitude, simplicity, harmony, beauty and joy into my daily life and into my every breath until I truly believe this abundance and wholeness is my true self.
Namaste.
Pamela Nelson
Www.plnyoga.vpweb.com
Posted by Pamela Nelson at 7:05 AM No comments: